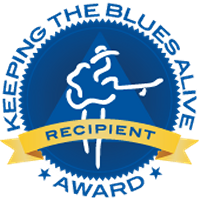 Al Corte’ doesn’t just believe in having something to fall back on, he believes in having many choices should he need to. That said, Al’s tried his hand at football, gymnastics, construction, acting, auto mechanics, motorcycle racing, stunt work, photography, horticulture, firefighting, K9 handling and TV production and programming. In between, during and throughout all those gigs, he always kept his heart – and a least one foot – in music. Now retired, he’s back into music and from what I just heard, falling back shouldn’t ever be a necessity.

“Mojo” is Al Corte’s follow up release to his 2015 debut disc titled “Seasoned Soul”. Unlike that project – which was all rearranged covers – “Mojo” consists of twelve original, Memphis soul blues tracks penned by his music partner, Ron Miller.

The abundant of talent assembled for this production include: Al Corte’ on lead vocals and various hand percussion instruments; Leroy “Flick” Hodges Jr. on bass; Michael Toles on guitar; Rev. Charles Hodges Sr. on B3 organ and piano; Steve Potts on drums; Brad Webb on slide guitar; John Nemeth on harmonica; Lawrence “Boo” Mitchell on piano and synthesizer; Ron Miller on piano; violin patch and guitar; The Royal Singers, who are: Candice Rayburn, Sharisse Norman and Stefanie Bolton; The Royal Horns, who are: Jim Spake and Lannie “The Party” McMillan Jr. on tenor saxes; Kirk Smothers on baritone sax; Robert Dowell on trombone; and Mark Franklin on trumpet and Flugelhorn; The Royal Strings, who are; Jennifer Puckett on viola; Jessie Munson and Wen Yi Yu on violin; Jonathan Kirkscey on cello; with arrangements by Mark Franklin; And (thankfully not all of their names are listed individually) The Tennessee Mass Choir.

If after reading those credits you just went “Whoa!”, just wait. Once you hear the disc that will become an emphatic “WHOA!”

The CD opens with its title track, “Mojo” and immediately, a masterful first impression was made . As the expression goes, Al – and everyone involved on this track – have their mojo working; Leroy, Steve and Charles, along with some very heavy horn support, have the rhythm ablaze; the guitar work, with a monster solo by Ron, is smokin’ as well; and Al’s powerful and soulful vocals become even more powerful and much more soulful with the Royal Singers on board. WHOA!

Simply said, if you’re a vocal coach, listening to “Memphis Moon” needs to be mandatory homework for your students. Now you’re just dying to hear it, aren’t you? Musically, the band is in a cool, smooth groove with Lannie standing out on a few sultry tenor sax leads. Great tracks to dance to.

Since everyone of us in this great big beautiful blues community feels this way, the title of this song alone makes it worthy of mention – “I’ll Never Lose My Love For The Blues”. Then there’s Al belting out his soulful vocals; Steve at disc’s best, leading the powerful rhythm on drums; and a monster slide guitar performance from Brad; making many more worthy reasons for mentioning it. “The doorman’s got the lowdown, the drummers got the beat. The bass man is a thumping, you can feel it down the street. The piano man’s tickling the ivories, the guitar man’s bending strings. The horns are blowing strong, it makes you want to sing.” Yes indeed, it’s good to be alive and feeling that “Juke Joint Jive”. And on top of all those things actually happening here, John Nemeth is blowing the hell out a Harmonica. More good stuff!

Lyrically, vocally, musically and technically this performance is a complete masterpiece. I’ve been blessed to have heard “Blessed To Have You Near”. If there’s a more emotionally sung inspirational song out there, these ears have not yet heard it. Thank you Al, the Tennessee mass choir and all the musicians involved on this track, for these most pleasurable few minutes. I don’t throw these words around loosely and when I do, it’s only because I’ve been moved. That said, this is song of the year material.

If “Chicken Lickin” and “Funkytown” ever got you moving like they did me, then you’re obviously familiar with Funk Incorporated and Lipps, Inc. Should you not be, they were two of the funkiest bands of the seventies. “Touch” just put me back in touch with both of them. Turn this one up loud and get ready for “Boo” and his synthesizer to get your booty shaking.

Right now, I’m pretty sure that the nominating process is still going on for the Blues Music Awards. What I’m also pretty sure of is that if this disc was submitted, it should be a no brainer for those nominators. To find out more about Al Corte’, and to tell him the Blewzzman is raving about him, just go to www.alcorte.us.